This month marks the beginning of National Hispanic Heritage Month in the U.S. (September 15th-October 15th). The celebration began as a way to promote the history, culture, and contributions of Hispanic-Americans. Specifically — those whose ancestors came from Spain, Mexico, the Caribbean, and Central and South America.

There are also some generational differences to report as well. When asked whether they thought that brands should take a stand on issues impacting the Hispanic community, 53% of Gen Zs responded “yes,” compared to 46% of Millennials, 31% of Gen Xers, and 29% of Baby Boomers.

Find out more with all the ENGINE Insights survey findings below:

Do you feel that Hispanic culture is adequately represented in the mainstream media? 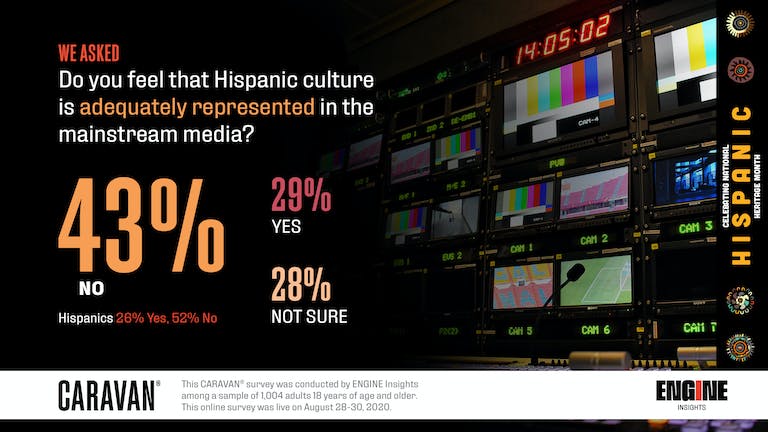 Do you feel that Hispanic culture is accurately portrayed in the media? 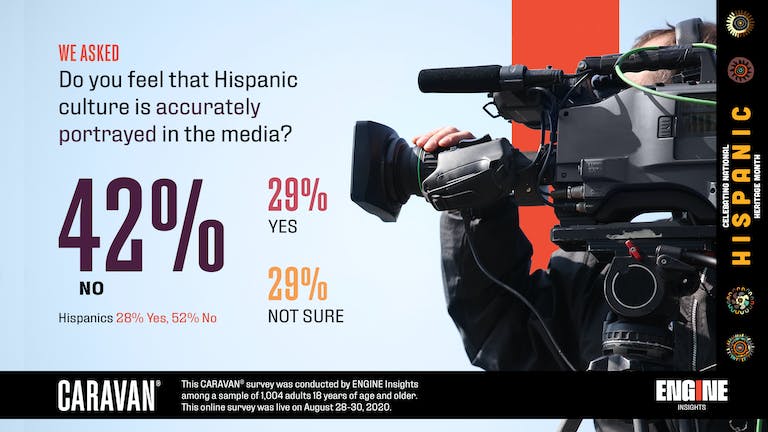 Do you feel that Hispanic culture is accurately portrayed in advertising? 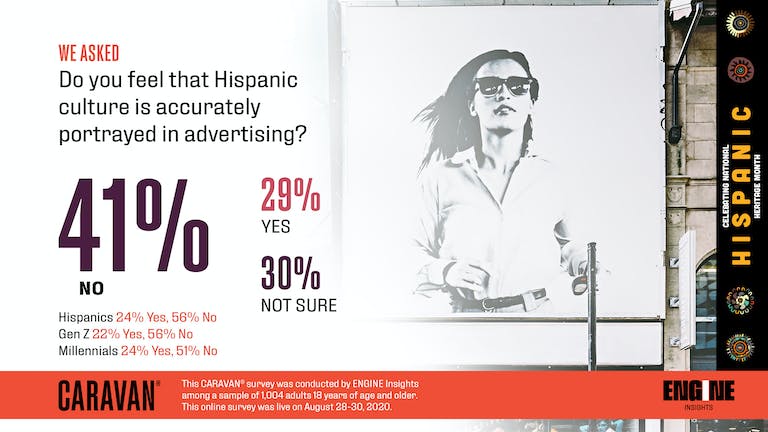 Can you name a specific content creator that you think best represents the Hispanic culture? 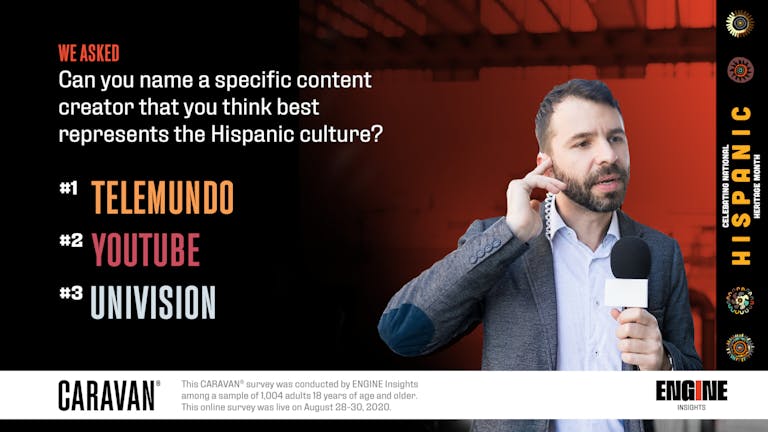 Do you expect brands to take a stand on issues impacting the Hispanic community? 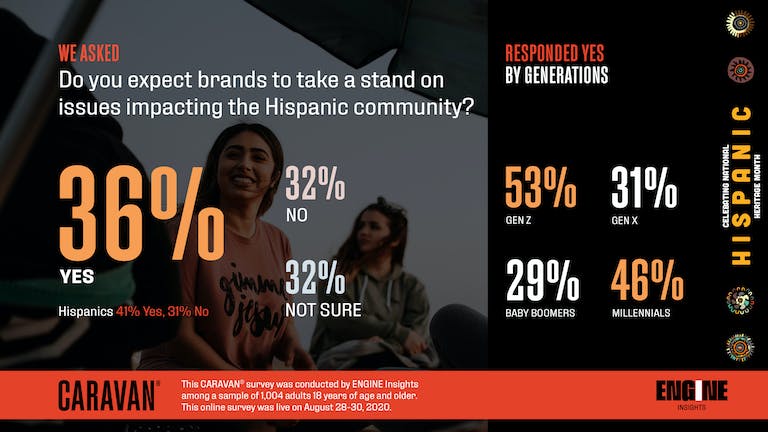 Would you be more likely to purchase a brand based on its stand on issues impacting the Hispanic community? 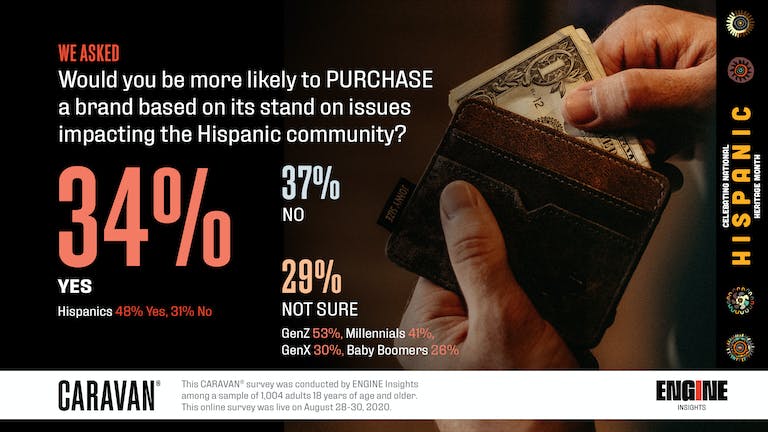 Would you be more likely to boycott a brand based on its stand on issues impacting the Hispanic community? 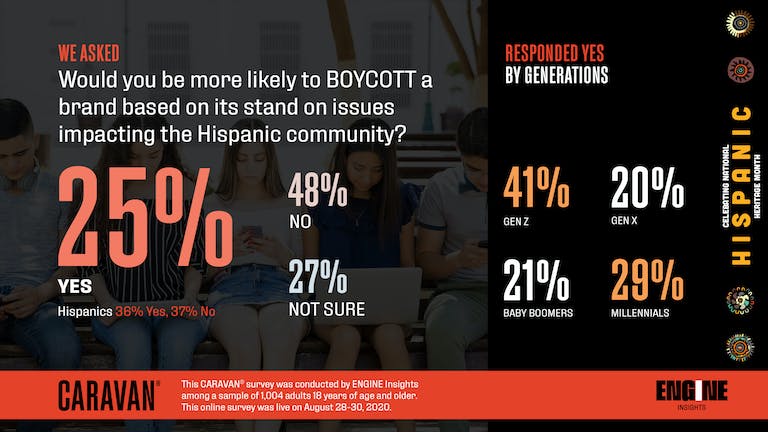 This CARAVAN® survey was conducted by ENGINE Insights among a sample of 1,004 adults 18 years of age and older. This online survey was live on August 28-30, 2020.

More about our CARAVAN surveys here.