79% of Americans Think a Woman Will Be Elected President in the Next 20 Years.

Women’s Equality Day, which takes place on August 26th, commemorates the 1920 adoption of the Nineteenth Amendment to the United States Constitution granting women the right to vote. In celebration of Women’s Equality Day, ENGINE Insights conducted a survey to better understand Americans’ views on the current state of women’s equality in the U.S. According to the survey, 79% of Americans think a woman will be elected president in the next 20 years. Interestingly, 74% of Americans said they were unaware that there was a Women’s Equality Day.

Find out what Americans are thinking via the ENGINE Insights survey findings below:

Do you think a woman will be elected president in the next 20 years? 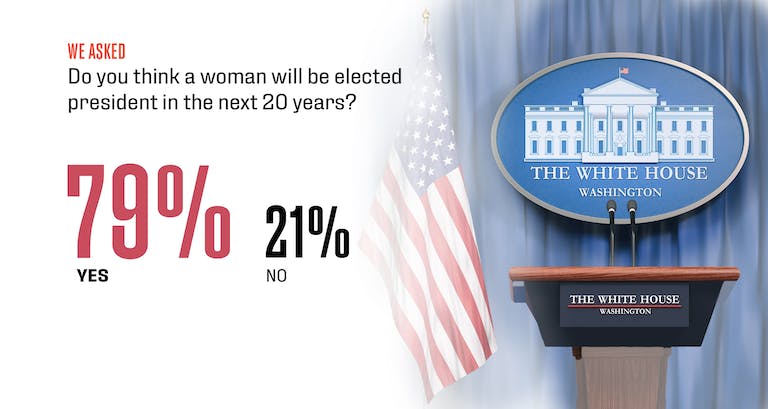 Are you excited that there is a woman VP nominee (Kamala Harris) to vote for in this year’s presidential election? 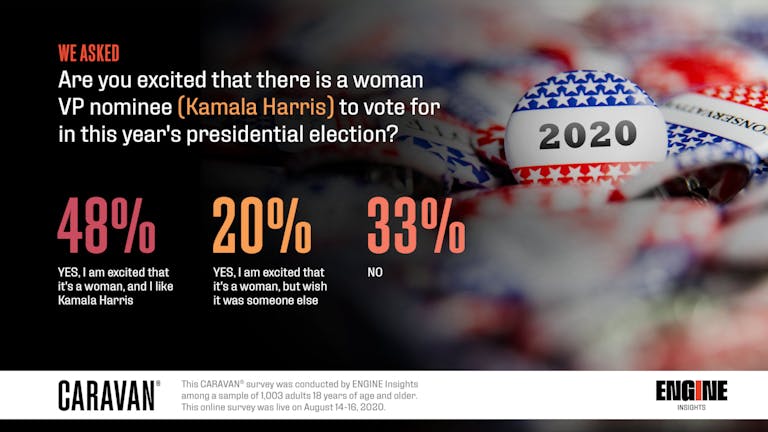 To what extent do you agree or disagree with this statement: Women have equal rights to men in today’s society. 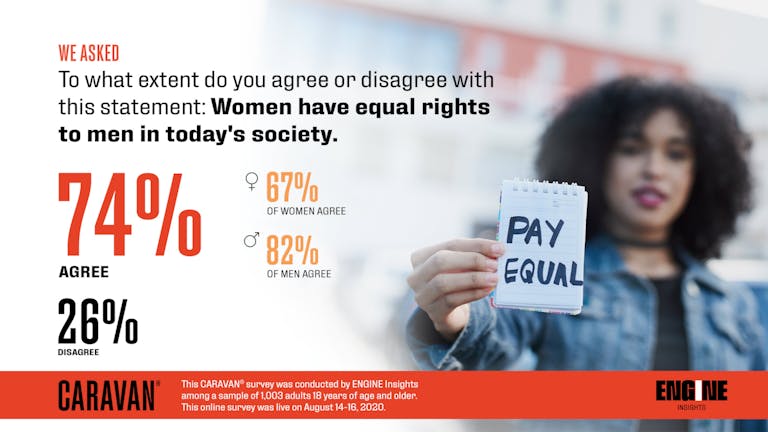 Are you aware of Women’s Equality Day, taking place on August 26? 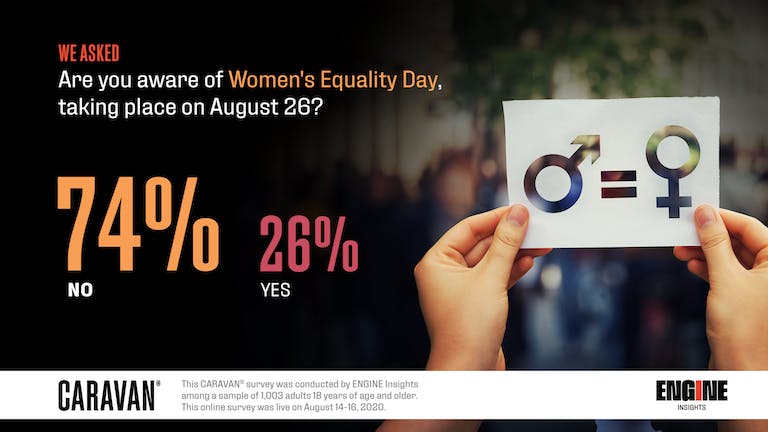 Do you think Women’s Equality Day should be made a federal holiday? 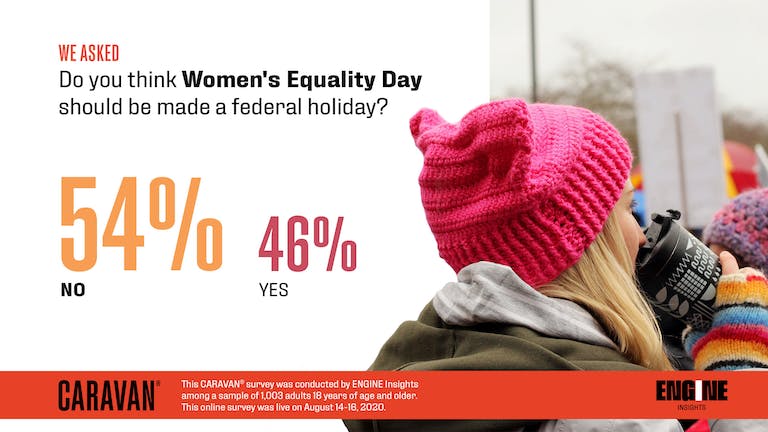 This CARAVAN survey was conducted by ENGINE Insights among a sample of 1,003 adults 18 years of age and older. This online survey was live on August 14-16, 2020.