This month is Pride Month, a time when the world celebrates the LGBTQ+ community and the many contributions they have made to society at large. It has also been a historic month with last week’s US Supreme Court ruling that says that the landmark 1964 Civil Rights Act also protects gay and transgender workers from workplace discrimination.

The ENGINE Insights team conducted a survey to discover what Americans think about the ruling and whether Pride Month should be celebrated alongside the Black Lives Matter Movement. In addition, an earlier survey asked Americans about their thoughts on how the LGBTQ+ community is represented in the media and which individuals are an inspiration in advocating for equality.

Find out what Americans are thinking via the ENGINE Insights survey findings below: 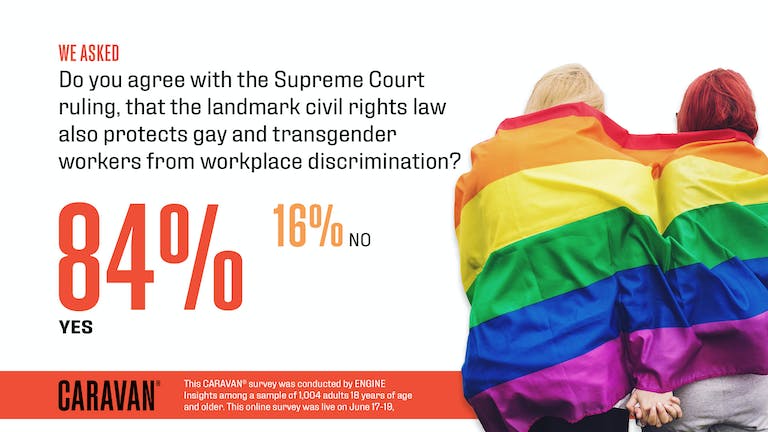 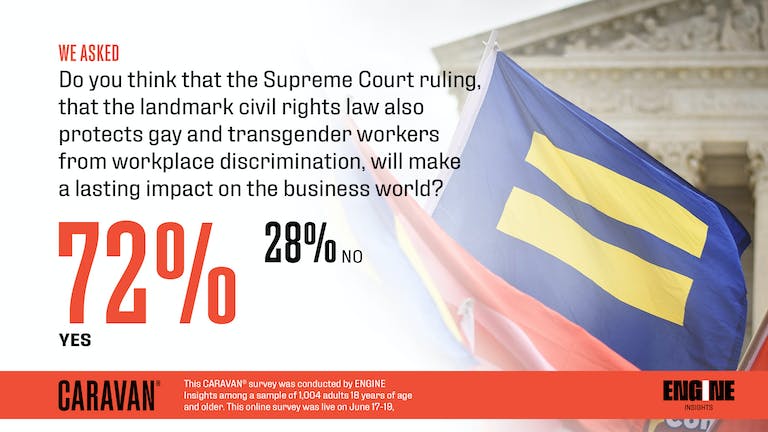 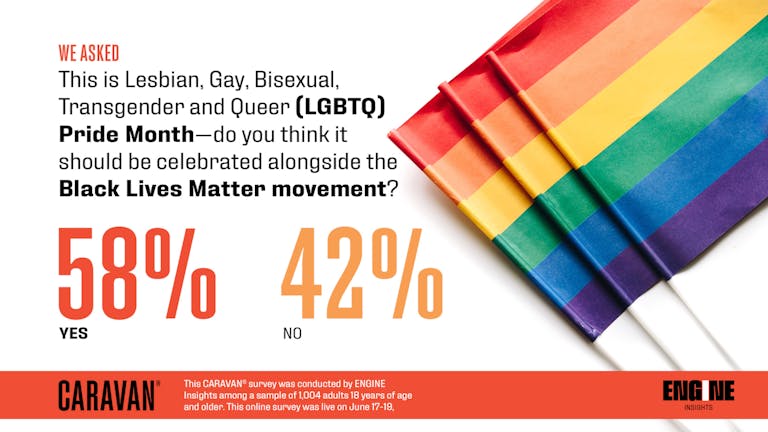 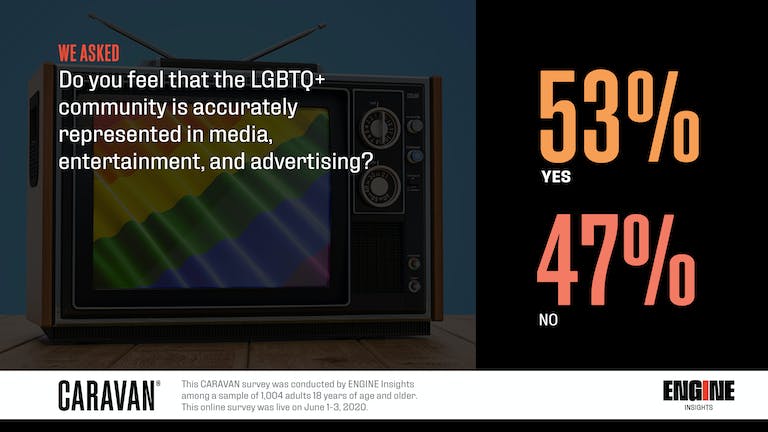 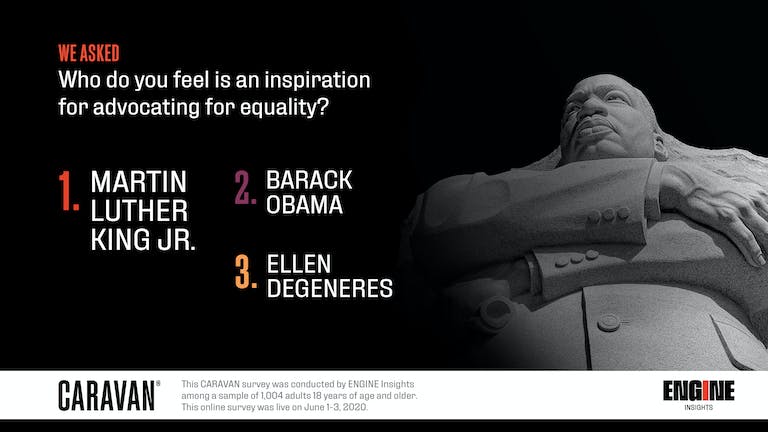 This CARAVAN survey was conducted by ENGINE Insights among a sample of 1,004 adults 18 years of age and older. This online survey was live on June 1-3, 2020. Learn more about our Online CARAVAN® omnibus surveys here.