Chinese New Year, or Spring Festival, marks the beginning of the new year according to the traditional Chinese Lunar Calendar. This year, Chinese New Year will span from Tuesday, 1st February until Wednesday, 15th February. 2022 will be the Year of the Tiger – a symbol of strength, bravery, and confidence. The Tiger is also associated with Yang (masculine, active) energy that will manifest in a year of risk-taking and adventure.

The Year of the Tiger in 2022 is under the influence of the water element, meaning it will be a year of great changes. Under the authority of the Water Tiger, we can hope for a year of abundance, deeper relationships, and new beginnings.

How we celebrate Chinese New Year at ENGINE

Steeped in legends, traditions, and astrology, Chinese New Year celebrations including fireworks, festivals, food, and red clothes and decorations are used to usher out the old year and bring forth the luck and prosperity of the new year. Although many Chinese New Year celebrations are performed similarly across countries and regions, there are some cultural and personal adaptions that have become tradition. Here’s an insight into how some of our colleagues at ENGINE APAC will be celebrating the arrival of the Year of the Water Tiger in 2022 – all have a common theme – family and food! 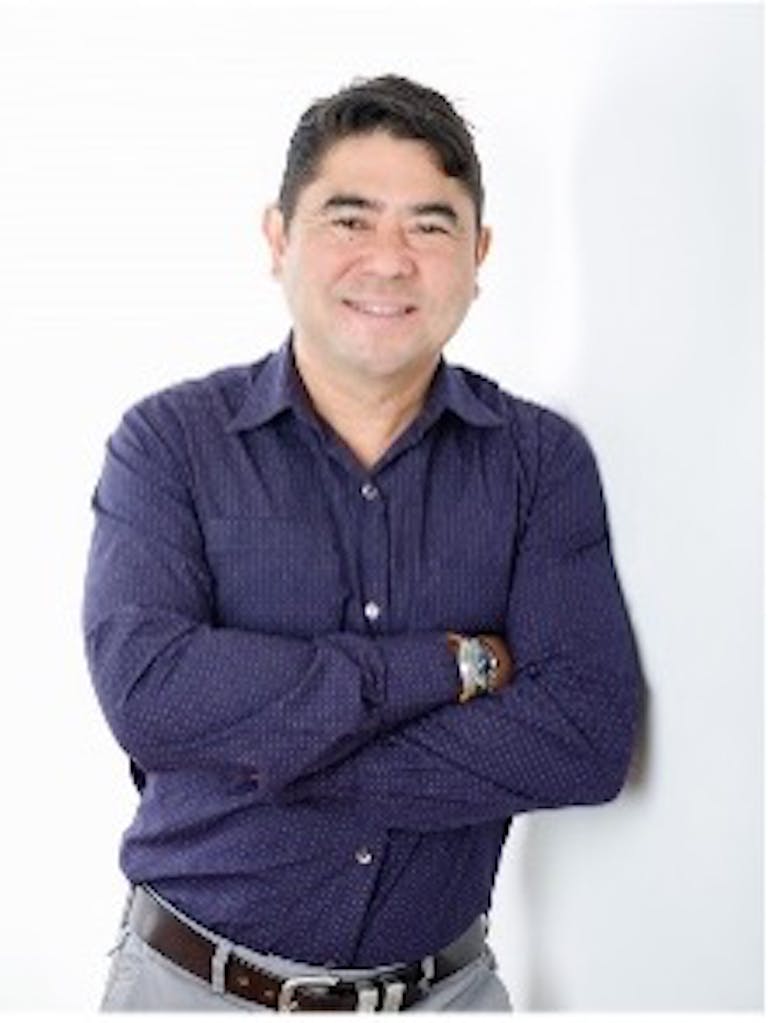 Paul’s Chinese New Year celebrations begin on New Year’s Eve, where he shares a “steamboat dinner” with his immediate family. This meal involves dipping sliced raw beef, pork, chicken, fish, tofu, vegetables into the pot/steamboat containing boiling stock. In harmony with Chinese New Year’s themes of family and togetherness, a “steamboat dinner” allows all family members to be present and eating at one time. 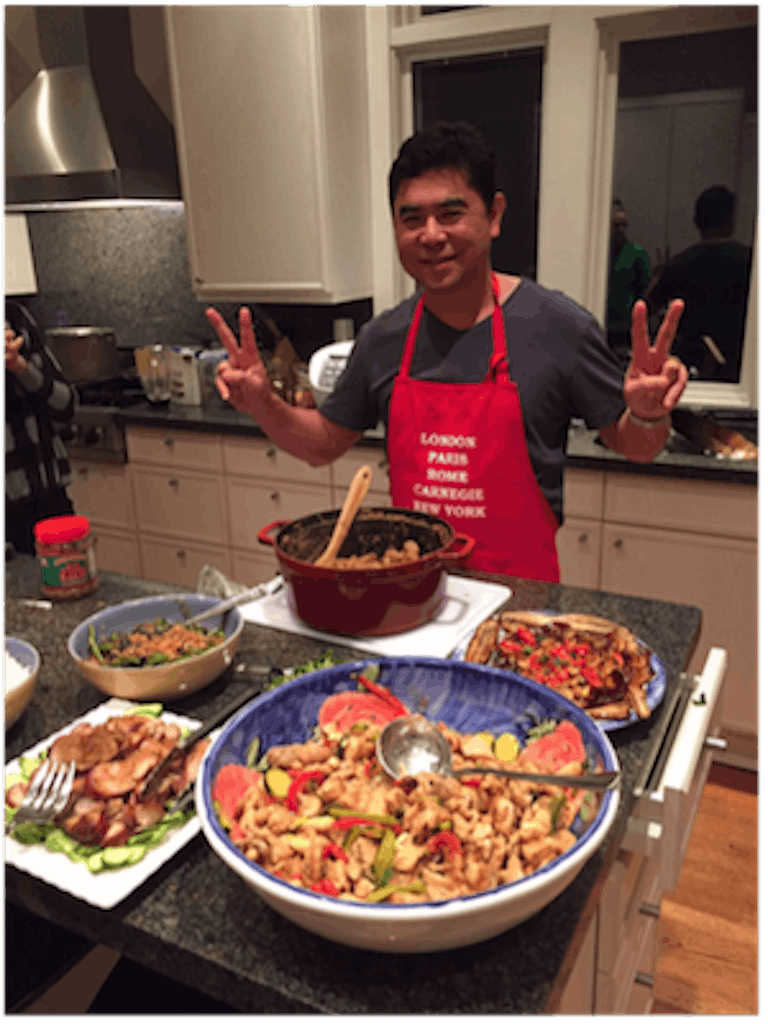 On Chinese New Year’s Day, Paul and his extended family go to the eldest family member’s home and exchange red packets (‘houng pau’s’). There is also a banquet dinner, in which each family contributes a dish. As Paul’s family is from Malaysia, the dishes his family prepares are typically Beef Rendang, Sambal Prawns, Chicken Curry, Chili Crab, Assam Fish, Gado-Gado, Tumeric rice, etc. 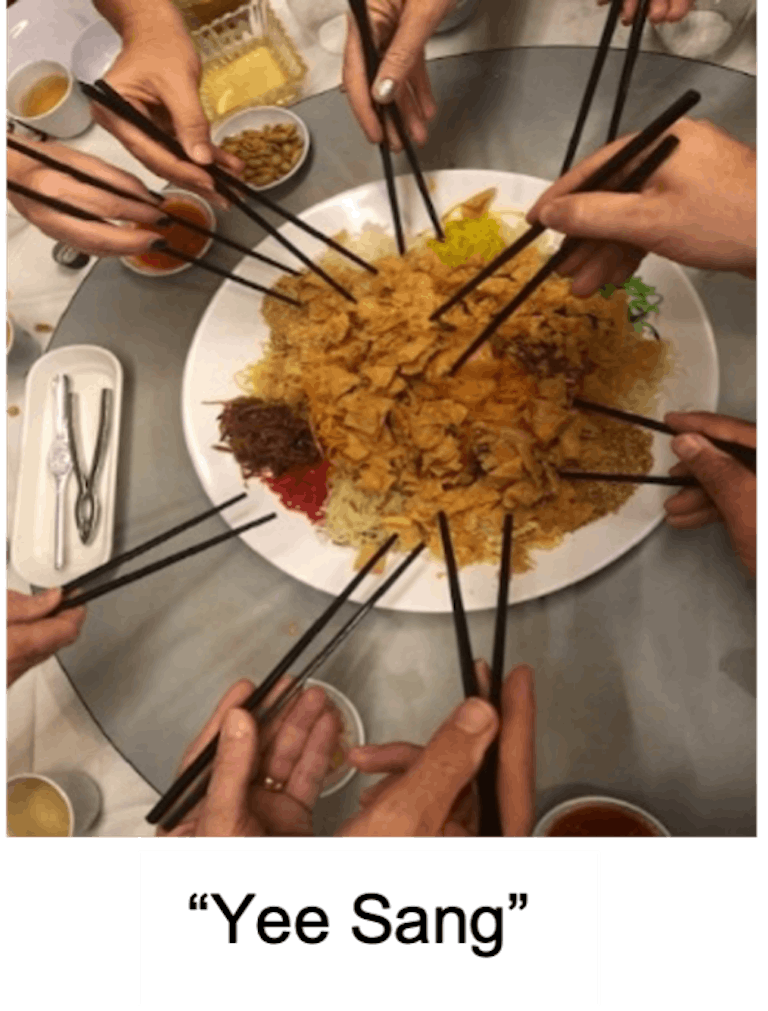 Paul also engages in a prosperity toss, or ‘Yee Sang’. Paul describes Yee Sang as a salad dish, comprising raw fish, pickled vegetables, special sauce, seasoning, and other colourful condiments. The family shouts “Lo Hei” while tossing the dish as high as possible with chopsticks and wishing for luck and prosperity in the new year.

Gwen lives in Melbourne, and she and her family still follow many Singaporean Chinese New Year traditions.

On the eve of Chinese New Year, Gwen and her family sit down for a reunion dinner. This dinner is known as “tuanyuan” which translates to “gathering around the family heart”. To symbolise unity, all family members share one Chinese hotpot (“Steamboat”) for this meal. As a way of ushering in good fortune for the coming year, Gwen also holds a prosperity toss (“Yusheng”) with close friends, family, and even work colleagues. This dish, comprising mainly of carrots, radish, raw fish, and crackers, is extremely popular in Singapore and can only be eaten during this holiday period. A prosperity toss involves tossing ingredients together vigorously while reciting phrases and wishes for good fortune, prosperity, and youth.

On the first day of the New Year, Gwen wears new clothing (typically red or bright colours) to symbolize a new start and fresh hopes for the year ahead. She also avoids engaging in any household chores during this day and the next, as doing so is believed to clean out the good luck received in the New Year. 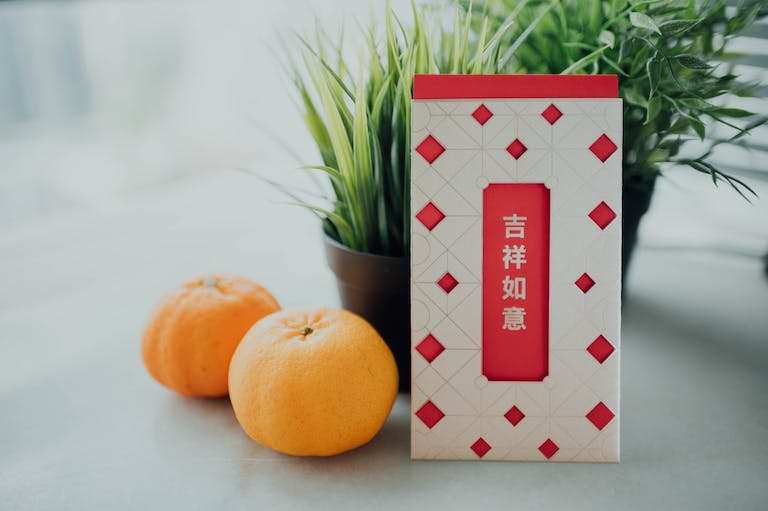 Gwen’s family also engages in the gifting of red envelopes/packets that contain money (“Hongbao”) – a widely performed Chinese New Year celebration. Hongbao are given by parents to their children, as well as elders to those who are younger and unmarried. Other relatives and visitors also give Hongbao to any child present.

Similar to the experiences of Gwen, Katherine grew up engaging in common Chinese New Year traditions. For example, she remembers receiving red packets on New Year’s Eve until she married and took on the role of gifting, both to the children in her family and to unmarried adults. Katherine also attends a reunion dinner with her immediate family on Chinese New Year’s Eve before visiting the temple to pray, particularly for those with the same zodiac of the incoming year. 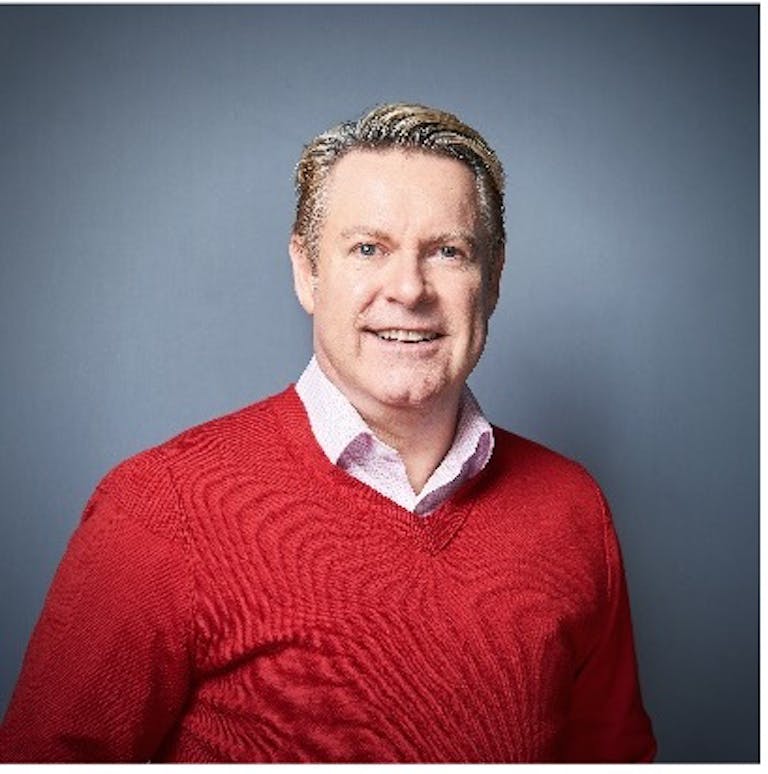 Brad spent several years living in Singapore and loves the ceremonies that take place. To celebrate the Chinese New Year in 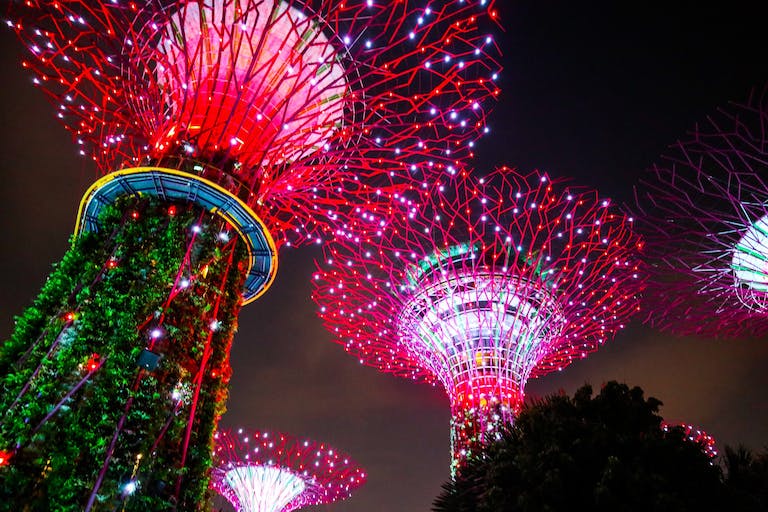 Singapore, the traditional Chingay Parade will take place on the 12th of February 2022. Each year, the festival usually hosts street floats, dancing dragons, stilt walkers, wushu masters, and performers of different cultures in their traditional costumes to celebrate the New Year. The Chingay Parade is considered one of the most important events in Singapore as it honours the city’s multiculturalism during the New Year period. Brad notes that due to Covid-19 restrictions, however, there will be less social gatherings than in previous years. For example, no initiating of lion dancing in the office :-), prosperity tosses, and the regifting of oranges that have been given to you.

Dennis is from Hong Kong originally but his parents are from mainland China which he visited many times during CNY. Dennis has observed a lot of really interesting differences in CNY celebrations in Hong Kong compared to mainland China:

However you are celebrating the Year of the Water Tiger, we wish you a year of health, wealth and happiness.

The team at ENGINE!